According to experts, about 7 billion tons of industrial and household waste is produced in Russia every year, including municipal solid waste, which accounts for about 8-10% - 60 million tons.

Not more than 8% is secondary used, the rest is exported to landfills and buried.

Today more than 31 billion tons of waste in Russia is keeping non-recycled. Every year this number is increasing by 60 million tons. Every inhabitant of the country produces about 400 kg of waste per year. And the average Russian family of four members throws away about 150 kg of various kinds of plastic, about 100 kg of waste paper, approximately 1000 glass bottles.

Existing landfills in Russia are already loaded by two-thirds, 30% of them do not meet sanitary requirements, and area of landfills often exceeds 10 hectares.

Today, population, organizations and enterprises of St. Petersburg produced 1.7 million tons of solid waste per year. Leningrad region annually produces about 1.2 million of municipal solid waste, about 500 thousand tons of commercial waste, and 500 tons of construction waste. It was recycled only 700 thousand tons. The whole volume of solid waste is transported to landfills, there are 19 landfills in Leningrad region.

Moscow produces 6- 10 million tons of municipal solid waste per year. Half of the existing landfills in the Moscow have been expired, the number of illegal dumps continues to grow.

There is a strong demand for secondary resources - paper, cardboard, PET, glass, aluminium in Russia. Most processors are interested in garbage waste paper - 86%, PET - 5.5%, glass -3.8%.

Efficient waste management infrastructure in Russia is virtually non-existent. There are only 243 waste recycling and 50 waste sorting complexes, and 10 incinerators complexes. It is not enough to cope with such volume of solid waste.

Moreover, there are no waste processing plants of complete cycle in Russia. The highest competition is in a section of garbage collection in the Russian market, but the country has a real need in sorting complexes, processing plants and high-quality landfills.

All attempts to introduce a system of separate waste collection failed in many cities: special containers for glass, paper and food waste were simply ignored by the overwhelming majority of the population. But this service is becoming very popular among educational institutions.

The Russian State Duma is now considering a law, where will appear a requirement for manufacturers to recycle their products after the withdrawal of its operation or to pay for recycling. Analysts believe that the new law will lead to appearance of a number of plants for waste processing.

The volume of the market for such services is estimated at 50 billion rubles a year. 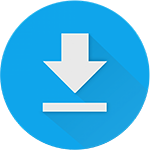